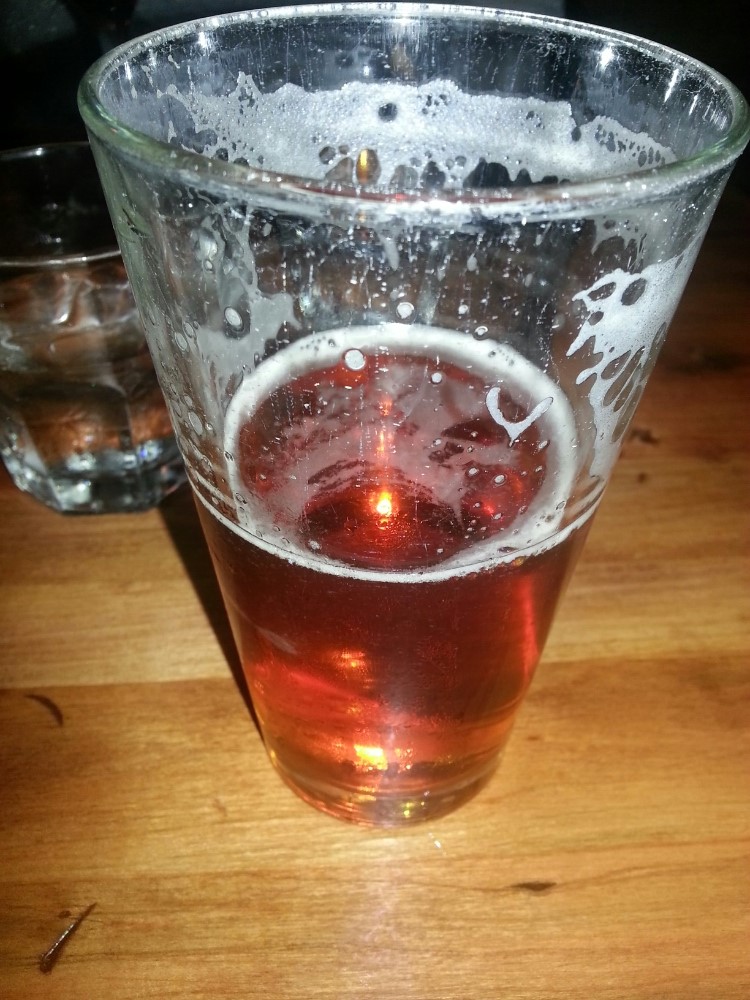 I had a small epiphany the other night. well, it wasn’t really an epiphany… I guess it was more of a minor realization. In either case, it occurred a few nights ago as I watched a friend frantically search a tap list for the name of a familiar beer. The bar to which we had bellied up – World of Beer – has a significant (about 50) bank of tap handles, and they are know for constantly rotating through kegs of beers, both well-known and obscure, from all over the world. I’m not sure what he was looking for – something specific that he had tried in a different bar – but I found myself getting slightly annoyed at his search. Now, if you know me that’s really not saying too much; I get annoyed at pretty much everything. But as I sipped on a pint of Third Watch, a smooth porter with just a hint of sweet by Strong Arm Brewing, I seemed to feel like my frustration was justified. I had ordered the frosty glass of dark nectar for two reasons. One you know: I love beer. The second reason, which is more germane to this story, is that I had never had it before. And as I though about it, I realized that the same was true of everything I had ordered than evening… and everything that I have ordered in the past few weeks, or maybe months. Every time I look at a tap list, I find myself drawn to the brews that I’ve never tried, and the breweries that I’ve never heard of. I want to close my eyes, spin the menu, and let my drink order fall where it may, like a little kid spinning a globe and pretending they’re going to travel to wherever their finger lands. BUZZZZZZ… New Guinea!

After concluding his desired libation was not on the list, he chose a beer he had never had, and ended up liking it. And that’s the point. The craft beer industry – especially in the Pacific Northwest – is growing quickly. The number of small, artisan breweries seems to be climbing by the minute, the result of which is a market flooded with delicious beer. Sure, we all have our favorites, and they’ll do in a pinch. I’m the first to order a Manny’s when I see there’s little else available. But when headings like “El Torero Organic IPA on Nitro” (by Alameda Brewing), “Suede Imperial Porter” (which is an AMAZING collaboration between 10 Barrel, Blue Jacket and Stone), and “Eye of the Hawk Strong Ale” (by Mendocino Brewing) are jumping off the page at me, then you know what I’m going to order.

I’ll take the one I’ve never heard of. Thank you. You should do the same.