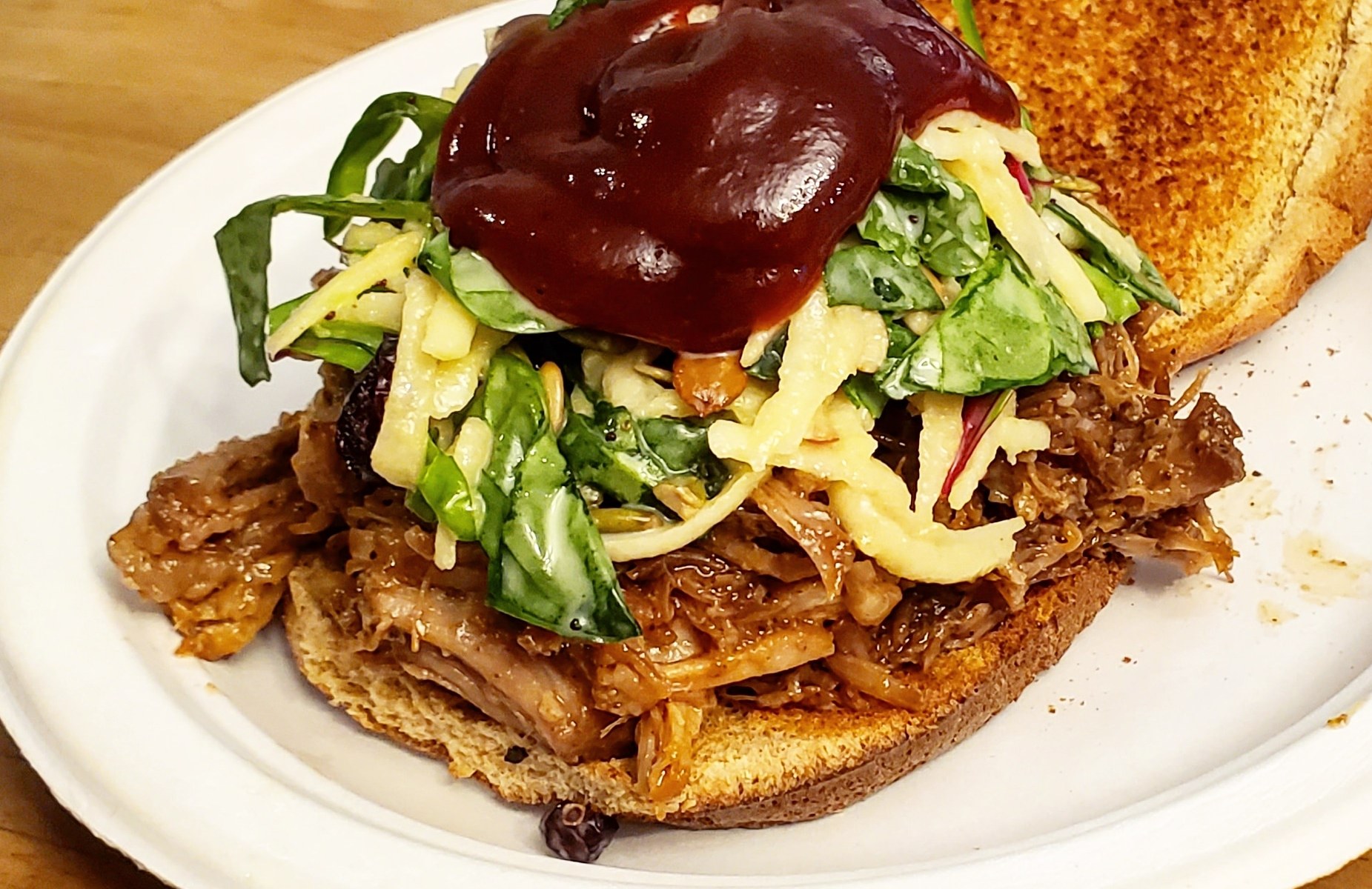 Since joining Butcher Box, we’ve received many wonderfully tasty cuts of meat. Their ground pork and beef are both delicious, the steaks are always amazing, and their pork tenderloin is easily the most flavorful version of that cut that I’ve ever tried. So when our last shipment arrived, and the box included half a pork butt, I was reluctantly excited. I knew the meat would be delicious (and I was not disappointed), but I needed to figure out how I was going to cook it.

Pork butt is a complicated cut of meat. Despite it’s misleading name (which is a reference to the barrels, or “butts”, in which pork was stored for curing and transport), Boston butt is a cut from the shoulder. It can be bone in or out, as was the half butt that I received. The only real problem with pork butt is that it’s a combination of muscles, fats and connective tissues from the shoulder, neck, and upper foreleg, making it an especially tough – and therefor, historically undervalued – cut of meat.

In order to make all of those muscle fibers, tissues and fats into a single, delicious dish, pork butts need to be cooked slow and low, and therefor lend themselves well to braising, roasting or smoking. In other words, it won’t grill up well, that is unless I want to turn my Weber into a jerry-rigged smoker and burn (pun intended) a day and a half making sure the temperature is right. I wasn’t going to do any of that.

First, I just need to make it clear that I have not drank the IP Kool-Aid. I’m not a member of the IP cult, and I have not purchased personalized sticker labels for my appliance. That’s weird. I also hold that for MOST things, it doesn’t really save that much time in the kitchen.

BUT – when it comes to difficult to break down proteins (and weirdly, soups), the Instant Pot is a winner in my book, which is why I busted it out, and came up with this surprisingly simple – and super tasty – pulled pork recipe.